Tonight, I spent some time on the balkony with my SLR, a glass of Shiraz and the most significant lunar eclipse of the century.

There’s hardly a better way to spend a sunday diving, even in early fall when the weather gets a little colder and rainier. We went to Zeeland, at the Dutch coast, to a divespot named Langedijk for two shallow shore dives. The water was a somewhat brisk 14°C, but our drysuits kept us toasty even through long dives. 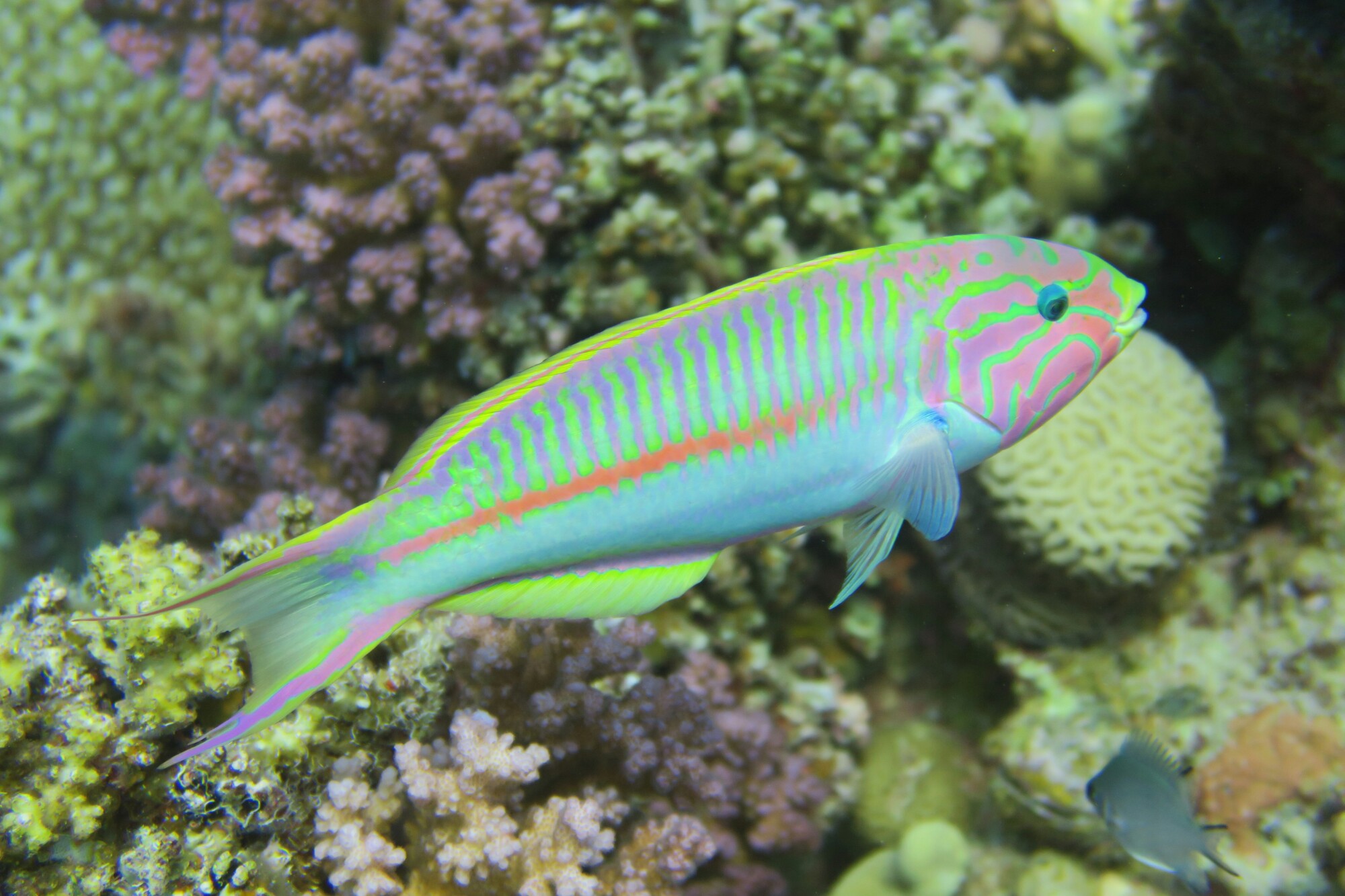 I’ve been trying macro photography and using the depth of field to make the subject of my photos stand out more from the background. This photo of a parrotfish shows promising results beyond “blurry fish butt” quality. I’ll definitely use this technique more often in the future, especially for colorful fish with colorful coral in the background.


This morning, on a dive at Sha’ab Iris, off the coast of Hurghada in the Red Sea, a white tip reef shark visited us for a swim-by.

As a founding member of our surf club, I’ve decided to do what what was long overdue and took my second surfing lesson.


I went to a surfschool in Scheveningen at the North Sea, got in touch with an instructor, and after going over the water situation, currents, swell and technique, we went into the water for a good one and a half hours. There was a good swell, and next to the harbour’s pier, we were mostly out of the wind. After building up some skills, like catching waves and paddling into them, I managed to ride out a few waves, onto the beach. Not over a long distance, but at least I didn’t fall for a few seconds, a few times. Pretty good progress. Next try planned on sunday, weather allowing. It’s still the North Sea, and it’s still winter, so things can get nasty…

The water temperature was 9°C, which seems cold. I wore my 7mm full-length suit, 3mm gloves and a 5mm hood. It didn’t feel cold even in my fingertops after getting out of the water, so even in March, the North Sea is already very manageable.

Surfing was great fun, it’s an interesting break from diving in that it’s much more physically active. In diving, you tend to spend as little energy on anything as possible. That means that if you’re a good diver (and in the right conditions), you actually burn very little energy. That means you’re getting cold much quicker. Bodysurfing, on the other hand means that you’re constantly moving through the swell, swimming, paddling, getting up, falling, so you end up burning a lot of energy. The cold splash of water is really welcome then.

As opposed to diving, there is no buddy system in surfing, so you can go surfing on your own (under the right conditions, of course). That makes it a bit more flexible than diving. It also trains different muscle groups, especially arms and shoulders, so it complements diving well. 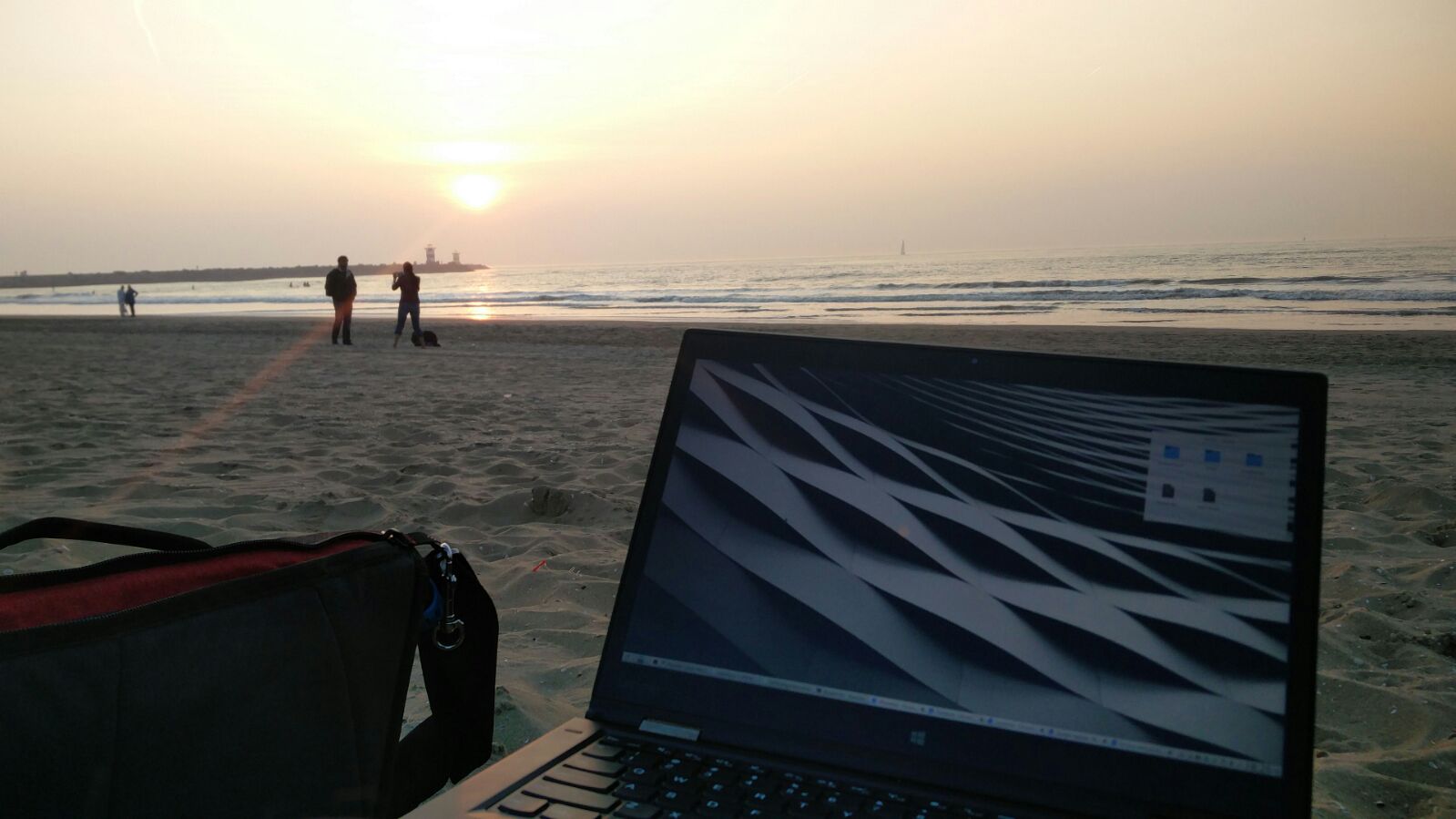 The calm days between christmas and new year are best celebrated with your family (of choice), so I went to Hamburg where the 33rd edition of the Chaos Computer Congress opened the door to 12.000 hackers, civil rights activists, makers and people interested in privacy and computer security. The motto of this congress is “works for me” which is meant as a critical nudge towards developers who stop after technology works for them, while it should work for everyone. A demand for a change in attitude.

The congress is a huge gathering of people to share information, hack, talk and party, and the past days have been a blast. This congress strikes an excellent balance between high quality talks, interesting hacks and electronics and a laid back atmosphere, all almost around the clock. (Well, the official track stops around 2 a.m., but continues around half past eleven in the morning.) The schedule is really relaxed, which makes it possibly to party at night, and interrupt dancing for a quick presentation about colonizing intergalactic space — done by domain experts.

The conference also has a large unconference part, hacking spaces, and lounge areas, meaning that the setup is somewhere in between a technology conference, a large hack-fest and a techno party. Everything is filled to the brim with electronics and decorated nicely, and after a few days, the outside world simply starts to fade and “congress” becomes the new reality.

No Love for the U.S. Gov

I’ve attended a bunch of sessions on civil rights and cyber warfare, as well as more technical things. One presentation that touched me in particular was the story of Lauri Love, who is accused of stealing data from agencies including Federal Reserve, Nasa and FBI. This talk was presented by a civil rights activist from the Courage foundation, and two hackers from Anonymous and Lulzsec. While Love is a UK citizen, the US is demanding extradition from the UK so they can prosecute him under US law (which is much stricter than the UK’s). This would create a precedent making it much easier for the US to essentially be able to prosecute citizens anywhere under US law.

This, combined with the US jail system poses a serious threat to Love. He wouldn’t be the first person to commit suicide under the pressure put on him by the US government agencies, who really seem to be playing hardball here. (Chelsea Manning, the whistleblower behind the videos of the baghdad airstrikes, in which US airforce killed innocent citizens carelessly, among others) who suffered from mental health issues, was put into solitary confinement, instead of receiving health care. Against that background, the UK would send one of their own citizens into a jail that doesn’t even respect basic human rights. On particularly touching moment was when the brother of Aaron Swartz took the microphone and appealed to the people who asked how they could prevent another Aaron, that helping Lauri (and Chelsea) is the way to help out, and that’s where the energy should be put. Very moving.

The media team at this event is recording most of the sessions, so if you have some time to spare, head over to media.ccc.de and get your fix. See you at 34C3!