I’ve done a facelift to my website. The new version is more mobile-friendly, modern-looking and quite a departure visually from its original look. I’ve chosen for a newpaper-like, typography-based responsive layout. My site finally also supports SSL, thanks to let’s encrypt.

Next week, I’ll be going to Akademy, which is co-hosted with QtCon. As usual, my focus will be around Plasma-related topics. I’ll also hold a presentation about a KDE software store. 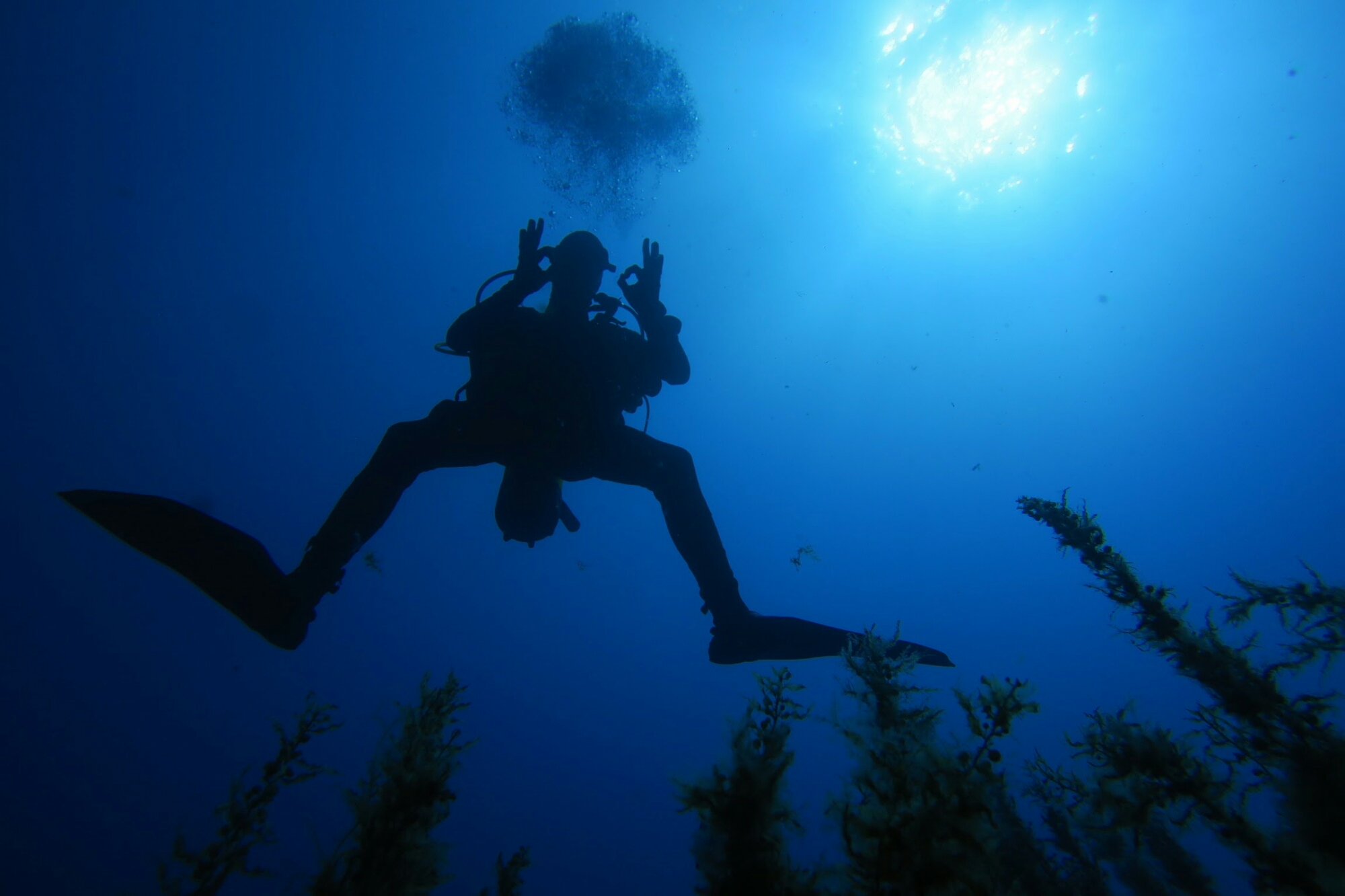 Plasma 5.8 will be our first long-term supported release in the Plasma 5 series. We want to make this a release as polished and stable as possible. One area we weren’t quite happy with was our multi-screen user experience. While it works quite well for most of our users, there were a number of problems which made our multi-screen support sub-par.
Let’s take a step back to define what we’re talking about.

Multi-screen support means that connecting more than one screen to your computer. The following use cases give good examples of the scope:

The idea is that the user plugs in or starts up with that configuration, if the user has already configured this hardware combination, this setup is restored. Otherwise, a reasonable guess is done to put the user to a good starting point to fine-tune the setup. 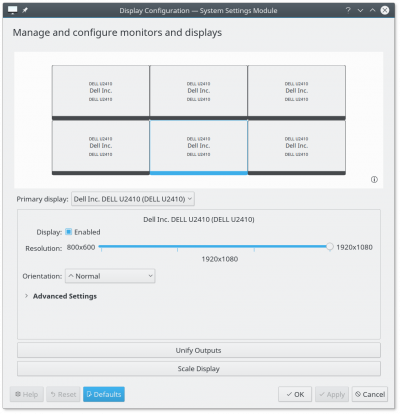 This is the job of KScreen. At a technical level, kscreen consists of three parts:

At an architectural level, this is a sound design: the roles are clearly separated, the low-level bits are suitably abstracted to allow re-use of code, the API presents what matters to the user, implementation details are hidden. Most importantly, aside from a few bugs, it works as expected, and in principle, there’s no reason why it shouldn’t.

So much for the theory. In reality, we’re dealing with a huge amount of complexity. There are hardware events such as suspending, waking up with different configurations, the laptop’s lid may be closed or opened (and when that’s done, we don’t even get an event that it closed, displays come and go, depending on their connection, the same piece of hardware might support completely different resolutions, hardware comes with broken EDID information, display connectors come and go, so do display controllers (crtcs); and on top of all that: the only way we get to know what actually works in reality for the user is the “throw stuff against the wall and observe what sticks” tactic.

This is the fabric of nightmares. Since I prefer to not sleep, but hack at night, I seemed to be the right person to send into this battle. (Coincidentally, I was also “crowned” kscreen maintainer a few months ago, but let’s stick to drama here.)

So, anyway, as I already mentioned in an earlier blog entry, we had some problems restoring configurations. In certain situations, displays weren’t enabled or positioned unreliably, or kscreen failed to restore configurations altogether, making it “forget” settings. 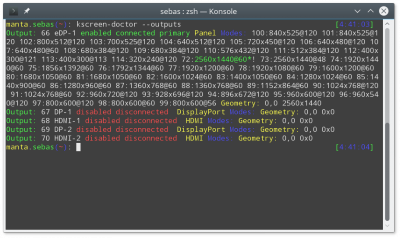 Debugging these issues is not entirely trivial. We need to figure out at which level they happen (for example in our xrandr implementation, in other parts of the library, or in the daemon. We also need to figure out what happens exactly, and when it does. A complex architecture like this brings a number of synchronization problems with it, and these are hard to debug when you have to figure out what exactly goes on across log files. In Plasma 5.8, kscreen will log its activity into one consolidated, categorized and time-stamped log. This rather simple change has already been a huge help in getting to know what’s really going on, and it has helped us identify a number of problems.

A tool which I’ve been working on is kscreen-doctor. On the one hand, I needed a debugging helper tool that can give system information useful for debugging. Perhaps more importantly I know I’d be missing a command-line tool to futz around with screen configurations from the command-line or from scripts as Wayland arrives. kscreen-doctor allows to change the screen configuration at runtime, like this:

Please note that kscreen-doctor is quite experimental. It’s a tool that allows to shoot yourself in the foot, so user discretion is advised. If you break things, you get to keep the pieces. I’d like to develop this into a more stable tool in kscreen, but for now: don’t complain if it doesn’t work or eat your hamster.

Another neat testing tool is Wayland. The video wall configuration you see in the screenshot is unfortunately not real hardware I have around here. What I’ve done instead is run a Wayland server with these “virtual displays” connected, which in turn allowed me to reproduce a configuration issue. I’ll spare you the details of what exactly went wrong, but this kind of tricks allows us to reproduce problems with much more hardware than I ever want or need in my office. It doesn’t stop there, I’ve added this hardware configuration to our unit-testing suite, so we can make sure that this case is covered and working in the future.